Cold Weather and Its Role as an Asthma Trigger It is well-known that being exposed to cold weather may trigger asthma.

The amount of water vapor in the air is directly related to the temperature of the air. Warm and hot air holds much more water vapor than cold air. In cold weather, water vapor condenses on solid surfaces, leading to the development of frost on the ground and thin sheets of ice on concrete surfaces and pavement. This is because the cold air loses the water vapor it holds to condensation on these hard surfaces. The end result is that cold air is very dry air, having very little water vapor within it.

When someone with asthma goes outdoors in cold weather, their lungs are exposed to not only cold air but very dry air. As the air is inspired into the lungs, it warms. When warmed in the lungs, this air can suddenly hold much more water vapor. Unfortunately, this water vapor comes from the lungs of the person inhaling the cold dry air. The end result for an asthmatic is that the airways lose water to the air which is inspired. This leaves the airways very dry.

With exercise, you breathe in and out much greater quantities of air. For the asthmatic, this breathing in and out of very dry air removes moisture from the lining cells of the lungs, also known as the respiratory epithelial cells. This results in these cells becoming dry and dehydrated.

Under normal circumstances, the nose and sinuses help humidify and warm the air which is inspired.  For someone with allergic rhinitis and asthma, the nose may not function nearly as well. Nasal blockage with nasal congestion causes increased mouth breathing, leading to a lack of humidification and warming of the inspired air. Thus, air breathed directly through the mouth further enhances the loss of moisture from the airways. The moisture from the lungs instead goes into the air which is dry and has been inspired.

The respiratory epithelial cells of the lining tissue of the lungs are damaged when they become overly dry by being exposed to cold dry air. When damaged, these cells release chemical mediators called alarmins which will activate an intense inflammatory process called type II inflammation, leading to the production of chemicals called cytokines which trigger allergic inflammatory responses leading to asthma symptoms.

Another important cell in the lining tissues of the lungs is the mast cell. These cells contain more than 90% of the histamine in the body. When the environment in which mast cells exist becomes dry, these cells become unstable and begin to release their chemical mediators, including histamine. Histamine can cause bronchospasm and wheezing in asthmatics, along with chest congestion. For patients who suffer from asthma, this is especially important as the release of chemical mediators from these mast cells can trigger enormous spasms of the airways, leading to an asthma attack.

What precautions should people with asthma take?

Asthmatics must be especially cautious when exercising outdoors in the winter. This is true for all outdoor sports, including runners and skiers, all of whom can experience a substantial increase in asthma when exercising outside in cold, dry air.

Making this even more of a problem is that the winter is often the time when there is a peak in viral respiratory tract infections, which also can lead to inflammation in the lungs and worsening of asthma. The combination of inflammation from a viral bronchitis or upper respiratory infection plus exposure to cold air can be potentially deadly for asthmatics. Inflammation related to a viral respiratory infection has been shown to persist for weeks after the infection appears to have resolved. Weeks after an episode of viral bronchitis, asthmatics may still be susceptible to increased bronchospasm and wheezing when exposed to cold air outdoors.

How can you avoid asthma attacks in the cold?

For asthmatics who want to exercise outdoors in cold weather, it is important that the asthma be optimally controlled with medications. This generally means using an anti-inflammatory controller, typically an inhaled corticosteroid and often a bronchodilator medication, often a long-acting beta agonist, which when taken together with the inhaled corticosteroid may help protect against cold dry air-induced spasm of the airways.

It may be helpful for asthmatics who exercise outdoors in the cold to begin their exercise slowly, with a gradual warm-up to decrease the shock to the lungs that occurs with sudden exposure to large amounts of cold, dry air. It also may be helpful to cover the mouth with a scarf or other protection to limit and slow the entry of very cold air and to allow re-breathing of air which has been expired, since it is naturally warmer than the air which is being inspired. The air which you exhale when exercising is not only warmer but also more humid, having more water vapor than the cold dry air that has been inhaled. Rebreathing this warmer more humid air may help to decrease the likelihood of developing severe bronchospasm.

Thus, while cold weather is a common asthma trigger, the dryness of the air is more likely to cause problems than the temperature alone.

Make sure your asthma is under control before winter arrives. See your doctor to develop an asthma action plan and then take the medicines your doctor prescribes. You may take medicine every day (for long-term control) or just when you need it (for quick relief).  Make sure you are using your asthma controller inhaler, typically an inhaled corticosteroid which may also contain a long-acting bronchodilator such as a beta agonist or long-acting anti-muscarinic agent.

To prevent asthma attacks, try to stay indoors when the temperature is very low.  If you exercise,  try to exercise in an indoor environment rather than an outdoor environment.  Keep in mind, however, that indoor air in the wintertime is also very dry, and vigorous exercise indoors in the winter can also trigger bronchospasm. Additionally, make certain you are well hydrated before going out of doors to exercise drinking plenty of fluids to help fully hydrate the lining cells of the lungs. Avoid exercise if you feel you have a viral upper respiratory infection, or even worse, bronchitis.  At the first sign of any respiratory infection, avoid outdoor exercise in the cold if you have asthma.

Try to minimize allergen exposure both indoors and outdoors to try to limit allergen associated asthma inflammation, which may be worsened in cold weather. Measures to avoid dust mites indoors if you are dust allergic, measures to avoid mold spore exposure indoors if you are mold allergic, and measures to avoid pet exposure if you are animal allergic, all should be employed to limit your allergic lung inflammation. To avoid dust mites, it is important to get a specific dust mite protective mattress and pillow covers, eliminate as much as possible carpeting from the home, thoroughly clean all bare surfaces in the home, and use an HEPA air filter to limit ongoing dust exposure. Make certain any vacuum cleaner that is being used has HEPA filter installed.

Always have your bronchodilator inhaler available when exercising outdoors. In some situations, such as very cold weather, it may be helpful to use this inhaler before exercise if you have a pattern of exercise-associated asthma.

In the winter, it is especially important to maintain excellent adherence with the use of your asthma medications as cold, dry air is an especially potent inducer of asthma symptoms.

Do the Changes in Season Affect Our Dietary Patterns

The response to this question is intriguing. The transition between seasons brings large transitions into our lives. As we... read more

The influenza vaccine is the single most successful way to prevent the influenza infection and the complications that arise... read more

With spring near it’s end and summer just around the corner, spring allergy sufferers rejoice…but not so fast! The... read more Spring is buzzing, and with that comes beautiful weather along with itchy eyes and runny noses.  Seasonal and “year... read more Barbecuing with friends and family is an enjoyable past time for many people. Occasionally, there will be an unwelcome... read more

A Life with Food Allergies: Combating the Fear and Anxiety with Having a Food Allergy 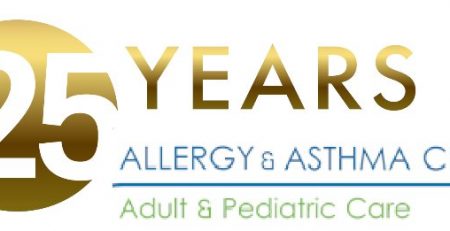 What is Gluten Allergy ?

Gluten free diets have become quite trendy as a healthier lifestyle or are undertaken due to digestive problems with... read more

From the Nurses Desk: 7 Summertime Tips for Managing Allergies and Asthma

School is out, the sun is out, and guess where kids want to be? Outside! If you are a... read more

Going back to school with Food Allergies

Food allergies are a growing food safety and public health concern that affect an estimated 4%–6% of children in... read more

Thank you for subscribing!

You will receive important news and updates from our practice directly to your inbox.